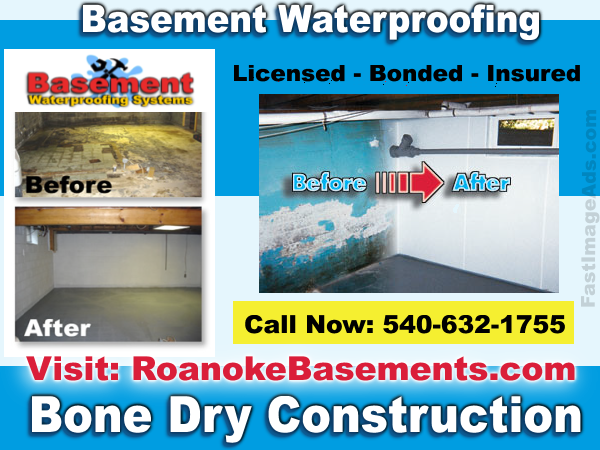 Anytime you core thru the wall for installation of sewer, electric and gas lines, it weakens the concrete, which can result in cracking.  Cracks are also commonly found angling off corners of basement windows.  These areas are usually the first place we look when conducting a foundation analysis.

In simple terms, soil saturation = wet ground.  Your basement walls are supported by footings. The footings are at the base of the walls, and hold up your house.  When the soil under the footings becomes oversaturated, the footings “settle”, causing the walls to crack.  Oversaturation can also cause the earth next to your foundation to expand in volume.  Many foundations aren’t built to withstand that extra pressure.  The excess weight of the soil can force the walls to push inward.  This is identified by diagonal cracks coming off corners.  The leading causes for oversaturation are improper grading, bad gutters or the need for underground sump pump and downspout extensions.

On the other hand, not enough moisture in the soil can also cause foundation cracks.  When the soil is desiccated, in other words, when moisture is drawn from the soil, usually as the result of a drought, the soil itself will shrink and cause foundation walls to shift outward and footings to settle.  Such soil desiccation occurs when trees, shrubs and other plantings near the foundation send root systems deeper into the ground in search of moisture, drawing it from the soil in areas that normally remain untouched.

Yes, George Constanza – shrinkage!  The science of pouring concrete involves many factors and variables.  Since water is used when concrete is mixed, there is an inherent expansion and subsequent contraction of the concrete when it dries.  Many factors can affect the drying process, including the type of aggregate, mix of the concrete and humidity levels.

In life, timing is everything.  Same holds true for concrete.  Imagine your builder ran short on concrete when pouring your foundation – and the next ready mix truck didn’t arrive until the first batch started to harden.  Your foundation would no longer be monolithic (one piece) at that point.  A cold joint would naturally form, allowing water to easily seep through.

The first step in solving a basement seepage problem is to determine what the foundation was constructed of.  Foundations in the Roanoke VA area are most commonly built using poured concrete.  Cracks are the most common source of basement seepage in poured concrete foundations.  Homes found in Rockford, Northwest Indiana and Wisconsin are often built using concrete block.  Older homes are typically built using other types of masonry such as brick and stone.  Each type of foundation requires a different method of repair.

Interior vs. Exterior Waterproofing Methods
An experienced and full service basement waterproofing company offers solutions from both the interior and exterior.  If you have a highly finished basement, you might opt for an exterior waterproofing solution to avoid dismantling your basement.  Conversely, you might have a new brick paver patio and don’t want it to get destroyed by excavation.

Foundation Depth
In Virginia, foundations are set normally four feet in the ground to be below the frost line.  Basements that are seven foot and deeper tend to have window wells.  The depth of the foundation influences the job because waterproofing deeper foundations require more labor, especially when working from the exterior.  Interior waterproofing solutions aren’t influenced as much by the depth.

Method of Repair
Sealing a foundation wall crack costs hundreds of dollars.  It gets cheaper as we do more.  Interior Drain Tile Systems range between $2,000 and $10,000 on average.  The price is influenced by the length of the system and added components (sump pumps, wall treatments, etc).  Exterior waterproofing solutions vary widely from hundreds to thousands of dollars.  Stay tuned for a more in-depth blog on exterior waterproofing.

Be the first to comment on "Basement Waterproofing & Restoration" 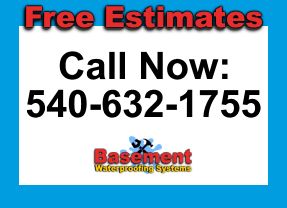